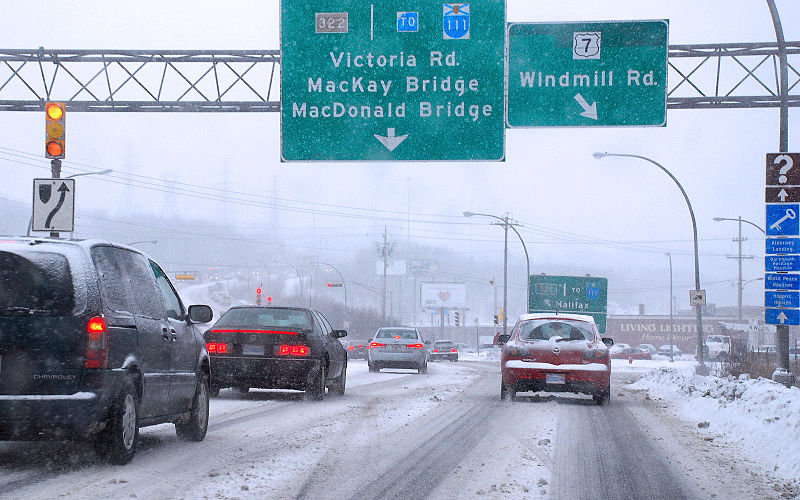 Winter has arrived! Here’s how to stay safe.

Oakville, like the rest of Canada, is prone to bad weather during the winter months. And while seasonal variety is part of the unique charm of Ontario living, there’s no denying that winter brings with it certain health risks. Slick roads and holiday driving are a recipe for traffic disaster, and icy sidewalks cause innumerable slip-and-fall incidents between December and March.

There are steps you can take to avoid injuries this season and, if a winter accident can’t be avoided, you can always contact an Oakville personal injury lawyer at Will Davidson LLP.

Drivers can take a number of precautions to ensure they get through the winter safely, and chief among those is equipping your car with winter tires. Thanks to their far superior traction compared to all-season tires, winter tires allow you to brake, turn, and accelerate more reliably in slippery conditions.

“Your tires are the only part of your vehicle that actually touches road in winter,” Michelin expert Carl Nadeau told the Globe and Mail in a recent article. “Making sure your vehicle is equipped with the right set of winter tires is integral to your road safety.”

Although most Canadians take the installation of winter tires for granted, a significant number fail to equip their cars come December. According to Michelin, as many as one in three Canadian vehicles rely on all-season tires throughout the winter months.

Even with winter tires, drivers should exercise extreme caution on the roads, especially during bad weather. Richard Warrington, an advanced driving instructor from Comox, BC, told the Globe and Mail that simply slowing down can make you significantly safer.

“Everything needs to slow down,” he said. “It’s not just speed, it’s the way you handle the controls. You don’t accelerate as fast on snow or ice. You don’t brake as hard.”

Outside of the vehicle

Drivers aren’t the only ones at risk of injury during the winter months. According to the Toronto Rehabilitation Institute (Toronto Rehab), Ontario emergency rooms treat approximately 21,000 patients with slip-and-fall injuries every winter. And while slipping on ice can seem like a minor incident, there can be serious repercussions, especially for elderly people. If you’ve experienced a slip-and-fall injury, you should contact a Will Davidson Oakville personal injury lawyer as soon as possible.

“It’s nasty if your break your hip,” said Toronto Rehab research director Geoff Fernie told the National Post. “You may never be mobile again if you’re older. With head injuries, some people die of it.”

“A lot of elderly people choose not to go out,” Fernie said. “So they get no exercise and they get depressed and isolated.”

In an effort to get more people outside, Toronto Rehab has developed a rating system to measure the slip-resistance of winter boots.

“For the first time, consumers will have winter slip resistance ratings available when they purchase winter footwear,” the Institute announced. The system uses the innovative “snowflake scale” to rate the boots: if the boot can grip an incline of seven degrees, it is rated one snowflake; if it can climb an 11 degree incline, it earns two snowflakes.

“These people are very seriously on to something,” remarked Barry Wellar, emeritus professor of urban transportation at the University of Ottawa, to the National Post. “Not everybody has proper footwear. They may think they have, but they don’t.”

How can an Oakville personal injury lawyer help?

Whether you have been injured in a winter driving accident or a seemingly innocuous slip-and-fall incident, you may be entitled to compensation to facilitate your recovery. If you have been involved in an accident, contact an Oakville personal injury lawyer today to set up a free, no-obligation consultation.