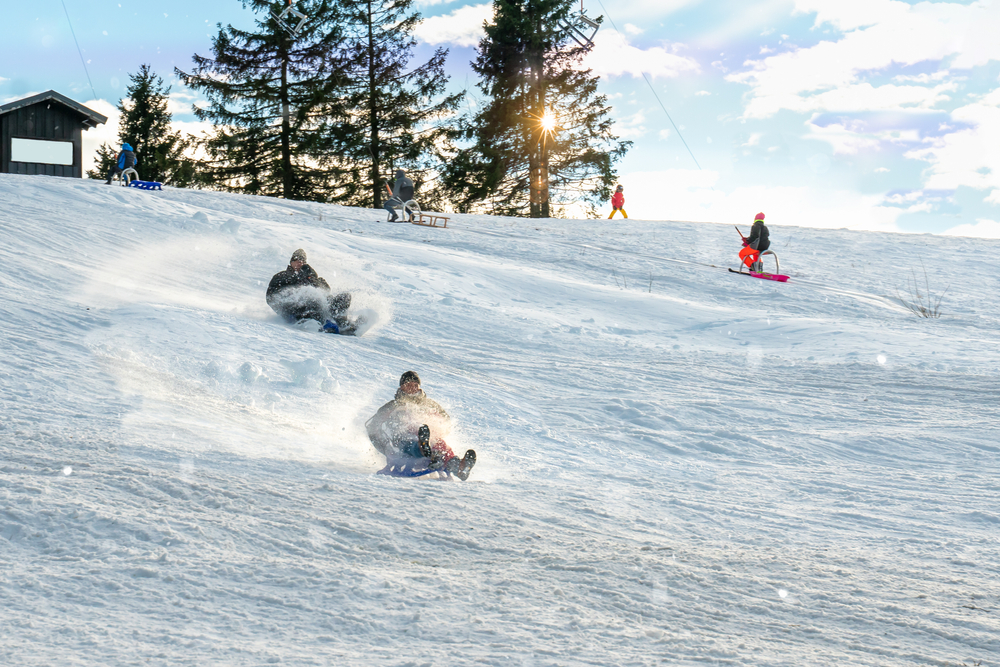 Are Municipalities Liable for Tobogganing Injuries?

winter of 2021 will be like no other in Ontario. Many of our favourite gathering places, including ski hills and local hockey rinks, have been indefinitely shuttered to combat the spread of COVID-19. Gathering indoors with family and friends has also been banned. As a result, Ontarians are turning to alternative activities: skating at outdoor rinks; cross country skiing and snowshoeing; and tobogganing.

As personal injury lawyers well know, tobogganing is the most dangerous of these activities. According to Parachute, a national Canadian charity dedicated to injury prevention, tobogganing has the fourth highest rate of injury of all activities in Canada, behind only ATVing, snowmobiling, and driving. The charity has cited research showing that 37.7 of every 100,000 tobogganers are catastrophically injured, with 50 per cent of victims suffering head injuries and 22.5 per cent suffering injuries to the spine.

There have been at least two serious sledding accidents in southern Ontario in the past 30 days. The first occurred in Bradford West Gwillimbury on December 26. A woman sledding on ‘Deadman’s Hill,’ a popular tobogganing location in the region, lost control of her vessel and smashed into a hydro pole. She suffered broken ribs, fractured vertebrae, and a collapsed lung, and was eventually transferred to the trauma unit at Toronto’s St. Michael’s Hospital.

The second occurred on New Year’s Day in Barrie. A boy sledding at Sunnidale Park was knocked unconscious in a crash. A witness told CTV News Barrie that most children on the slope, including the accident victim, were not wearing helmets.

Personal injury lawyers in Ontario, like the rest of the province’s citizens, are bracing for an unusual winter season. An influx of tobogganing injury inquiries could be part of the change. But what are the legal options for tobogganing injury victims? Does it make sense to pursue compensation for the damages they have incurred?

Ontario’s Occupiers’ Liability Act states in section 3(1) that “an occupier of premises owes a duty to take such care as in all the circumstances of the case is reasonable to see that persons entering on the premises … are reasonably safe while on the premises.” In other words, landowners are at least somewhat responsible for the safety of visitors to their property.

However, section 4(1) of the Act states that when a person willingly assumes risks on a landowner’s property, “the occupier owes a duty to the person to not create a danger with the deliberate intent of doing harm or damage and to not act with reckless. In other words, when a tobogganer enters public land with the intent of participating in a risky activity, that tobogganer assumes most of the liability for their actions.

This stipulation makes it difficult to bring tobogganing injury claims against a municipality. In 2009, for example, a woman was seriously injured in a tobogganing accident in Seacliff Park in Leamington, Ontario. The woman filed a $1-million lawsuit against the municipality, but the court rejected her claim, writing in its decision that “while there was a duty of care, that duty was limited to not creating a danger with the deliberate intent of doing harm or damage to the person and to not act with reckless disregard. In this case, the risks were willingly assumed by the plaintiff.”

“The defendant,” the judge wrote, “says that the hill had been used for years with no complaints and no injuries and that the plaintiff was aware of the condition of the hill after many years of use. The defendant says there is no evidence that this hill was dangerous or that there was a hidden trap or obstacle that cause the plaintiff to fall of her sled.”

In some cases, however, tobogganing injury claims against a municipality are very much justified. In 2004, Hamilton Lawyer Bruno Uggenti suffered a fractured vertebra when his sled hit a hidden, snow-covered drainage ditch at the bottom of a tobogganing hill. The City of Hamilton was aware of the ditch but failed to warn potential users of the hill of its existence. An arbitrator, and later the court, ruled that while Uggenti and his family had assumed certain risks in deciding to use the hill, they had not assumed the risk of the hidden ditch. Uggenti was awarded $900,000 in damages.

“In order for someone to voluntarily assume risk,” the court found, “that person must be aware of the existence of the risk.”

If you or a member of your family has been seriously injured in a tobogganing accident, contact Will Davidson LLP today to schedule a free, no-obligation consultation. Our experienced team of personal injury lawyers will review your case, explain your legal options, and provide the support you need during the legal process.