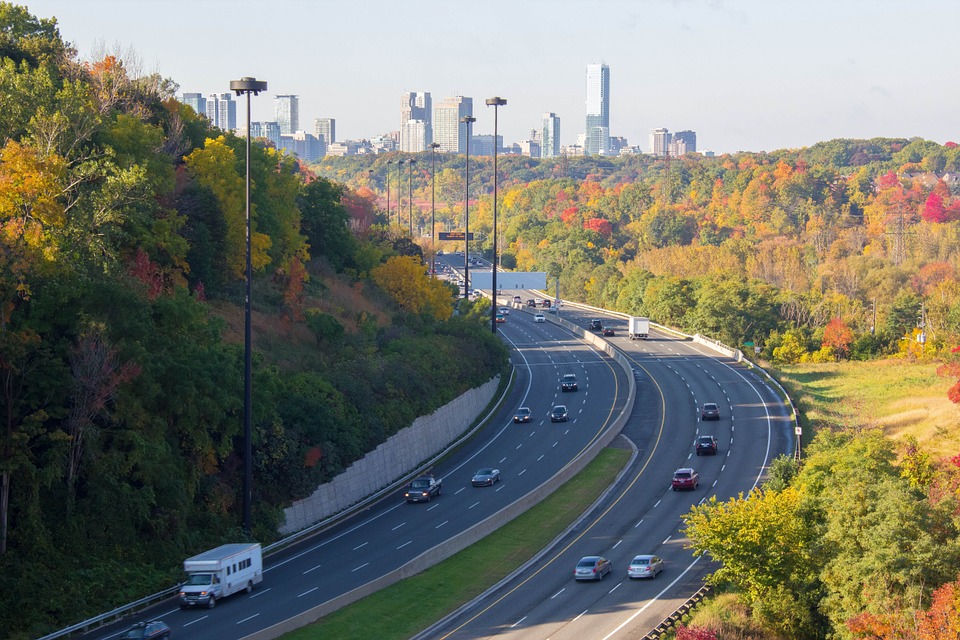 InsuranceHotline.com, a website that compares auto insurance quotes, recently named the ten best and worst driving cities in Ontario based on how likely residents are to have tickets, collisions, or a combination of the two on their records. The study, which looked at quotes from 2018 and 2019, showed that drivers in high-density urban neighbourhoods are less likely to have infractions than their more rural counterparts. The results came as a surprise to insurance professionals and car accident lawyers.

Oakville is One of the Best Driving Cities in Ontario

Drivers in Orangeville, Ontario, located roughly an hour northwest of Toronto, were the most likely to report at least one crash and one ticket, at 9.4 per cent. Fifteen per cent of Caledon drivers reported having at least one ticket, and 13.6 per cent of Woodstock drivers admitted being involved in a crash in the last decade.

The report assigned letter grades for each municipality based on the increased or decreased likelihood of drivers reporting an infraction. The communities of Orangeville, Bradford, Woodstock, Sault Ste. Marie, Brantford, and Orillia all received ‘D’s, while Thunder Bay, St. Thomas, Caledon, and Barrie rounded out the bottom ten with ‘C’s.

The top ten driving cities in Ontario – North York, Toronto, East York, Etobicoke, Mississauga, Brampton, Scarborough, York, Thornhill, and Oakville – are all in the GTA, to the surprise of the study’s authors.

“We were as surprised as pretty much everyone when we saw these results and really looked at the data and saw how this was shaking out,” InsuranceHotline.com senior manager of partnerships Anne Marie Thomas told Canadian Underwriter. For car accident lawyers, the finding bolsters concerns that downtown clients don’t receive good value for their insurance dollars.

Drivers in cities like Brampton, Mississauga, and Toronto pay stubbornly high auto insurance rates which, as Ontario car accident lawyers know, have become more unreasonable given recent accident benefits cuts by the province. BramptonGuardian.com reports that Brampton residents pay an average $2,494 per year in insurance premiums, more than $1,000 above the provincial average. Mississaugans pay an average of $2,086 per year.

Auto insurance premiums are based on more than collision and infraction rates. Urban drivers may pay more due to the sheer volume of accidents downtown, or perhaps because collisions in city cores tend to be more serious than accidents on rural roads. Lower per capita collision rates also don’t necessarily mean that city dwellers drive more safely; they may simply drive less. After all, it’s more difficult for people in rural areas to get from point A to point B by transit, bicycle, or foot. Average population age could also play a role.

“It’s everything factored in together,” Thomas said in her interview with Canadian Underwriter. “It’s where you live, how you drive, how long you’ve been licenced – it’s the whole package. Saying that this one city is worse or this one city is better, for everyone, that may not necessarily be the case.”

“Maybe [the lower average premium in rural areas] speaks to the accidents not being at-fault accidents,” Thomas continued. “Maybe rates are more expensive in these cities … because of the cost to settle the claim versus somewhere in Orangeville. Maybe those drivers have had an accident, but it’s a single-vehicle accident that had a couple of thousand dollars in damage, whereas in a more congested areas, maybe the accidents are more significant and more expensive to settle.”

Regardless of insurance prices, the InsuranceHotline.com study challenges assumptions about rural vs. urban driving. It may feel safer to coast along a provincial highway than navigate multiple lanes of impatient traffic on the Don Valley Parkway, but the stats suggest rural drivers are ticketed more often and involved in more accidents than their urban peers.

If you’ve been involved in a traffic accident anywhere in Ontario, contact Will Davidson LLP to learn how our experienced team of car accident lawyers can help. Will Davidson LLP has been representing injured Ontarians for decades. We understand the serious physical, mental, emotional, and financial challenges that accompany serious car accident injuries, and are committed to helping our clients secure compensation for the damages they have incurred.

Contact us today to arrange a free, no-obligation consultation where we will discuss the viability of your claim and explain your legal options. Will Davidson LLP is proud to work on a strict contingency basis, meaning you will not be asked to pay legal fees until your case has been successfully absolved. Reach out now to learn more.