The Court rendered another decision regarding whether or not the plaintiff suffered a permanent and serious impairment of an important physical, mental or psychological function. If you have been in any type of motor vehicle please check out this link for more information on the threshold and what it is.

In the case of Ivens v. Lesperance the plaintiff, Shawn Ivens, was 41 years old.  On November 2, 2007 he was involved in a motor cycle accident.  Prior to this Mr. Ivens had a serious motor cycle accident in 1999.  He broke both his ankles requiring surgery and was off work for three and a half months.  He had continued pain in his ankles.  He had an open accident benefit file for quite some time.  His insurance carrier provided him with a hot tub, riding lawn mower and other assistive devices to help him with his home maintenance and his pain.  He kept working as a car salesman after his first accident although his sales continued to increase.  Mr. Ivens also enjoyed numerous outdoor activities with friends and family members.  He very much enjoyed motorcycling, snowmobiling, mountain biking, boating and body building.  In fact, he acted as a personal trainer for friends.  At one point Mr. Ivens moved dealerships from Midland to Barrie and his customers followed him.  He seemed to be considered a fantastic sales person.  He was one of the top six sales people in an eighteen person sales force at the dealership in Barrie in which he was working. 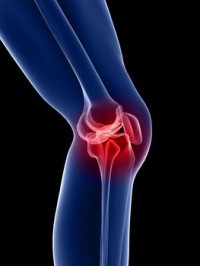 After the accident, Mr. Ivens was taken to the hospital by ambulance.  He was in considerable pain and was diagnosed with an undisplaced fracture of the right knee.  Throughout the following year it was noted that Mr. Ivens had trouble walking and could not fully flex his knee.  There was not much more that the orthopedic surgeons were able to do for him as the left knee remained stiff.  He attempted to return to work in the spring of 2008 but was unsuccessful.  Unfortunately he was not able to return to work as a car salesman until 2011.

In 2009 it was noted that he started going back to the gym slowly and was able to flex to 80 or 90 degrees.

In March of 2009 began to complain of back pain.  An MRI was ordered and it was learned that he had a compression fracture, possibly from wedging or crushing.  There was no report of back pain immediately following the accident and it was acknowledged that the back injury could have happened before or after the accident in question.  Mr. Ivens gave evidence at trial that he suffered continuous pain, depression, sleep disorder and the loss of ability to enjoy recreational activities that occupied most of his pre-accident life.

He had friends and family members testify, as well as his family doctor and various experts to comment on his pain and pain management.

The defence lawyer challenged Mr. Ivens credibility on a number of fronts.  It was put to him during the trial that he was lying or exaggerating with respect to a number of issues.  He was challenged on whether or not he had a mortgage on his house.  He was challenged that he only saw the physiotherapist a few times.  The Judge noted that subsequent evidence showed that he had visited the physiotherapy clinic over 40 times.

He did exaggerate his income in interviews with the number of medical service providers, a characteristic perhaps not uncommon for people earning commission sales, said the Judge, who also noted that it was clear chronic pain was subjective and that it was easy to envision situations where an individual may exaggerate pain in seeking some economic advantage.  However in this case, Mr. Ivens complaints had an objective component as well as subjective report of pain.

The Judge’s decision on the threshold

According to all medical records, Mr. Ivens knee continued to be bothersome and was a source of much of his pain complaints.  It was the source of much of the functional capacity limitations that Mr. Ivens had.  Surveillance was shown at trial but the Judge noted that there was no evidence that he was seen doing any type of high level of activity he previously enjoyed.  He was walking around a dealership.  He used a golf cart to get around the large properties that the dealership maintained for their inventories of cars.

In short, the Judge concluded that the plaintiff did sustain a permanent and serious impairment to an important physical, mental or psychological function.  With respect to permanent, the judge noted that the knee injury had not resolved notwithstanding medical intervention.  It was unlikely that his knee injury would improve, he may suffer from arthritis, and he may need further surgical interventions in the future.  The unresolved knee problems and the chronic pain serve to explain his depression, even if diagnosed as mild.  With respect to an important function, the Judge noted that Mr. Ivens returned to work with accommodation from his employer, used a golf cart, did not work the long hours he previously put in, could not stand for a long period of time, could not perform many of the housekeeping tasks he previously looked after, and he could not engage in high levels of physical activity he previously enjoyed such as weight training, snowmobiling, bicycling and other outdoor activities with family and friends.

With respect to whether or not his impairment was serious, the Judge noted that the plaintiff’s employer did accommodate him, but now he is in the bottom third of the sales force for the dealership.  Because he is on commission, it is up to the plaintiff to seek out clients and work with clients to compete on the sales of vehicles.  The sales manager noted that Mr. Ivens was “no longer on top of his game”.  Also, because he was no longer able to participate in outdoor activities with friends he was missing out on the usual activities of daily living which he enjoyed not only for recreation, but as a source of contacts for his commission sales employment.

The judge noted that he was satisfied that Mr. Ivens’ physical impairments coupled with chronic pain substantially interfered with his activities of daily living.