In the case of Iannarella v. Corbett the Court was asked to decide whether or not the plaintiff suffered from a permanent serious impairment of an important physical, mental or psychological function. 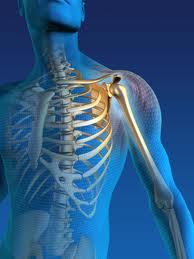 In other words, did the plaintiff pass the threshold test.  You can read more about the threshold test by clicking here. In short, if you are injured in a car accident or within the use or operation of any type of motor vehicle requiring insurance, our Provincial insurance system states that you are unfortunately prohibited from suing anyone that caused you injury unless you sustained a “permanent and serious impairment of an important physical, mental or psychological function”.  Medical evidence must be adduced to support your claim that you have suffered a serious permanent impairment of an important physical, mental or psychological function on a balance of probabilities.  You may think you have easily sustained this, and you may have, but legally speaking, the complexities of the threshold reach far beyond the normal common understanding of what the words mean in a conventional sense.

If you require a Oakville Area Personal Injury Lawyer please click here and we will try to respond to you in less than 2 hours.

In this case, the plaintiff Mr. Iannarella was involved in a car accident on February 19, 2008.  He hurt his neck, back and left shoulder.  The left shoulder was the major issue in this case.  The insurance company for the defendant took the position that Mr. Iannarella had long recovered from any injuries brought about by the accident and in addition, those injuries were pre-existing to a certain degree.

From the evidence of the family doctors that were called to trial, the judge was persuaded that Mr. Iannarella made no complaints of pain or limited functioning of his left shoulder before the time of the accident in question.  Also, Mr. Iannarella made no immediate complaints of pain after the accident relating to the left shoulder other than that he experienced pain in the left side of his neck and left trapezius that radiated down towards his left shoulder.  He did not complain of pain originating in his left shoulder from or shortly following the accident and he did not complain consistently to his family doctors of any significant pain or limitation of movement of the left shoulder at all.  About five months after his car accident he was complaining to pain symptoms that extended from his neck into his left shoulder and arm.  Further in the year an MRI was done and no neural impingement was found.  There were no objective signs of any physical disability.  There was mention of a partial tear.  One of the doctors explained that this tear to be  described as a mild inter-substance tear of the rotator cuff together with degenerative signs of the AC joint of the pre-existing pathology that could have predisposed him to the partial tear.

After hearing all of the evidence the Judge accepted that the plaintiff had a pre-existing by asymptomatic degenerative condition of the left shoulder.  Essentially what this means is that there was degenerative damage in the left shoulder (which is what we have as we get older and degenerate) that was asymptomatic (or without symptom).  That condition deteriorated over time following the accident.  Surgery was undertaken on the plaintiff’s shoulder which gave him some pain relief and increased range of motion.

The analysis of the Judge was not positive for the plaintiff.  The Judge noted the Mr. Iannarella did not make an impressive credible witness on his own behalf.  He gave inconsistent testimony and tended to overstate his limitations and understate his abilities.  He was often not responsive during cross-examination when he feared being tied down to a proposition he did not like.  He resisted answering or claimed that he did not understand the question or concept that had been addressed.  This was not good for the plaintiff.

The issue before the Court was whether the plaintiff sustained a permanent and serious impairment of an important physical, mental or psychological function.  The Judge canvassed the leading authority on the interpretation of the word threshold.  There are three questions that must be posed when considering whether a plaintiff falls within the ambit of one of these statutory sections relevant to the action.  The questions are

1.     Has the injured person sustained a permanent impairment of a physical, mental or psychological function?

2.     If yes, is the function one which is permanently impaired an important one?

3.     If yes, is the impairment of the important function serious?

The Judge, as common in other actions, started with whether or not the impairment of the important function was serious.

The definitions of whether or not your injuries are serious are set out in three different ways in the legislation.  The first is whether or not an impairment substantially interferes in a person’s ability to continue his or her regular employment despite reasonable efforts to accommodate the person’s impairment and the person’s reasonable efforts to use accommodation to allow the person to continue employment.  This unfortunately did not unfortunately did not apply to the plaintiff’s case because his regular and usual employment ended before his shoulder pain began.  As well no efforts were made on the plaintiff’s behalf to seek out accommodation in respect to any shoulder concerns prior to the time he was laid off from his job.  Doctors also agree that he was capable of returning to work as a forklift operator.

An alternative with respect to whether or not an impairment is serious also lies with a person’s ability to continue training for a career in a field in which the person was being trained for before the incident.  This did not apply to the plaintiff.

If you require a Oakville Area Personal Injury Lawyer please click here and we will try to respond to you in less than 2 hours.

The third alternative with respect to the definition of serious involves a consideration of whether or not impairments substantially interfered with most of the usual activities of daily living, considering his age.  The Judge found that the evidence presented in extent of pre-accident abilities and limitation as compared with post-accident abilities and limitations were so unclear as to prevent any useful analysis.  Daily living, can be described as an interruption/limitation of household, social recreational or family activities.

The Judge found that “given the nature and number of his health issues and functional limitations before the accident I do not accept that evidence”.

The judge also noted that surveillance was also disastrous to whether or not his injuries impacted negatively on his daily activities.  He was not able to find that the plaintiff had demonstrated a serious impairment of functioning.

With respect to the word “important”, the judge found that for the function that is impaired to be an important function, that function must be necessary to perform the activities that are essential to his regular or usual employment, or necessary to perform the activities that are essential to the plaintiff’s training for a career in a field in which he was being trained for before the accident, necessary to perform his own care and well-being or be important to the usual activities of daily living considering the person’s age.  The judge was unable to find that the plaintiff’s usual activities, considering his age, had been impaired by reasons of the shoulder injury that he acquired after the incident in question.

With respect to “permanent”, the judge noted that permanent does not mean forever but rather permanent is where an injury has been experienced continuously since the accident and must, based on medical evidence, subject to the person’s reasonably participating in the recommended treatment of the impairment be expected not to substantially improve.  The medical evidence did not support any issue of permanent impairment.

The plaintiff therefore was unable to establish the requirements for fundamental medical evidence to support the proposition that he passed the threshold.  Essentially, the plaintiff did not sustain a permanent serious impairment of an important physical, mental or psychological function.  The plaintiff’s claims for compensation for pain and suffering were dismissed.