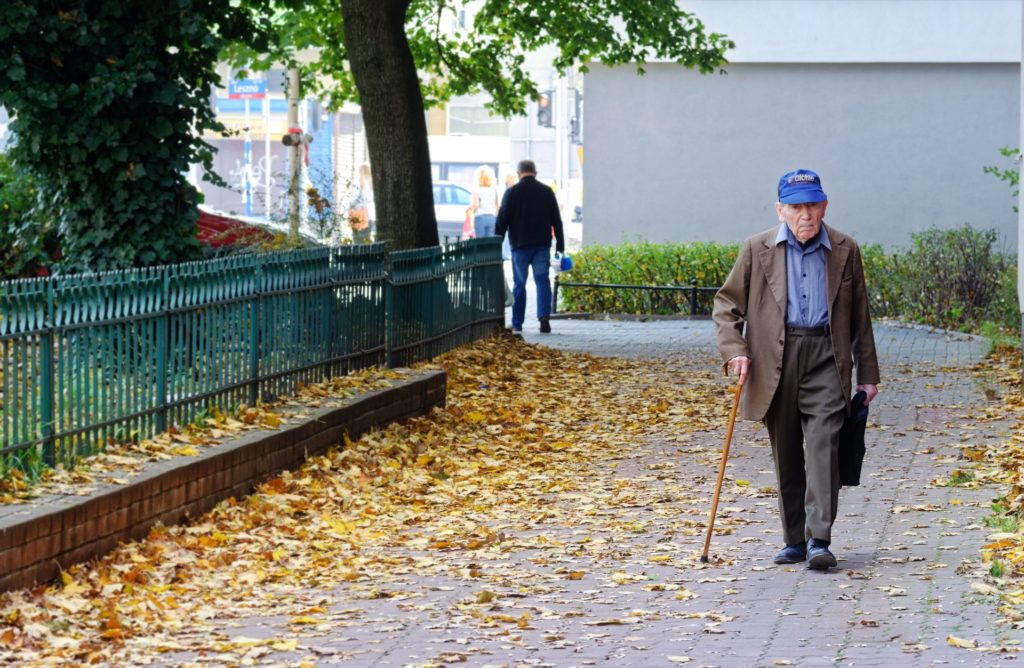 On a Saturday in late November, Toronto police hosted a seniors-focused pedestrian safety event at Woodside Square mall in Scarborough. The session included safety tips from officers and free reflective armbands to improve visibility. It occurred just a day after two seniors were seriously injured in separate accidents elsewhere in the city.

Seniors’ safety is a major concern for Toronto’s lawmakers, road safety advocates, and personal injury lawyers. According to the city’s official Vision Zero plan, roughly 870 seniors were killed or seriously injured in accidents between 2005 and 2016. In 2019, approximately 80 per cent of pedestrian fatalities involved people 55 or older; about half were seniors. As Toronto’s population ages – roughly one in five Torontonians will be older than 55 by 2040 – this already serious issue could become a crisis.

Toronto isn’t the only region facing this challenge. Transport Canada data shows that an average of 447 senior-aged drivers, passengers, pedestrians, cyclists, and motorcyclists died each year between 2000 and 2015 on Canadian roads. The next most vulnerable group, 25- to 34-year-olds, averaged 379 deaths per year. The data also shows that senior drivers, specifically, were the most likely to be killed since 2010; they were third, fourth, and fifth most likely from 2000 to 2007.

According to CBC News, the increase in traffic deaths involving seniors and older adults is “a troubling trend found in cities around the world,” a trend that lawmakers are struggling to address. Toronto police’s information session at Woodside Square, for example, attracted widespread ire from safety advocates and some personal injury lawyers.

“They’re out there doing something that the evidence shows us does not work and is in fact a form of victim blaming,” said Jessica Spieker of advocacy group Friends and Families for Safe Streets to CBC Toronto. “There is clear statistical evidence that driver behaviour is largely at fault along with infrastructure design. So there are the things we need to aggressively target.”

In fact, infrastructure design and actions to reduce speeding and other dangerous behaviours are central to Toronto’s Vision Zero plan. The city has invested in red light cameras, road redesigns, speed limit reductions, and is planning to introduce automated speed enforcement cameras in the near future. It also plans to improve “senior safety zones” around the city with enhanced markings and signage, longer pedestrian crossing times, and additional road design changes.

Unfortunately, the initiatives have not yet reduced collisions, serious injuries, or fatalities, and law enforcement may be getting desperate. In November, police Chief Mark Saunders announced a new eight-person traffic enforcement unit tasked with reducing dangerous driving and protecting pedestrians at high-risk locations. The Woodside Square safety session, on the other hand, appeared to shift focus from dangerous driving to dangerous walking.

“Instead of keeping on reminding drivers, we also want to help the pedestrians to raise their awareness and provide them with a simple tool that can help them,” Const. David Huang told the CBC. “If we can even reduce pedestrian collisions by one then I think it’s all worth our time.”

Mayor John Tory’s office also offered support for the initiative through a statement that read: “everyone must do their part to stop these preventable deaths and injuries, but that the primary onus rests with drivers in powerful steel vehicles.”

The Mayor’s statement mirrors what most Toronto citizens – including many personal injury lawyers – believe about road safety in their city. Reckless cyclists and pedestrians do sometimes cause serious traffic accidents, but distracted, impaired, or irresponsible drivers are more often to blame. When a vulnerable road user makes a mistake, they put themselves in danger; when a motorist makes a mistake, they endanger everyone on the road.

If you or a member of your family has been injured in a traffic accident in Toronto, Oakville, or anywhere else in Ontario, contact Will Davidson LLP to schedule a free, no-obligation consultation. Our team of experienced personal injury lawyers has helped thousands of Ontarians access fair and reasonable compensation for the injuries they have incurred. We will evaluate your claim, explain your options and the legal process, and provide guidance and support as you navigate the difficult road to recovery.

With decades of experience in Canadian personal injury and insurance defence law, Will Davidson LLP has the experience and expertise to ensure that you are fairly compensated for the damages you have experienced. We also understand the unique mental, physical, and financial hardships that accompany a serious personal injury or long-term disability. For that reason, we are proud to work on a contingency basis, meaning you will never be asked to pay hourly or upfront legal fees. Instead, we will accept as payment a percentage of your negotiated settlement. This arrangement provides clients with the freedom and flexibility necessary to fund their recovery during the lengthy litigation process.