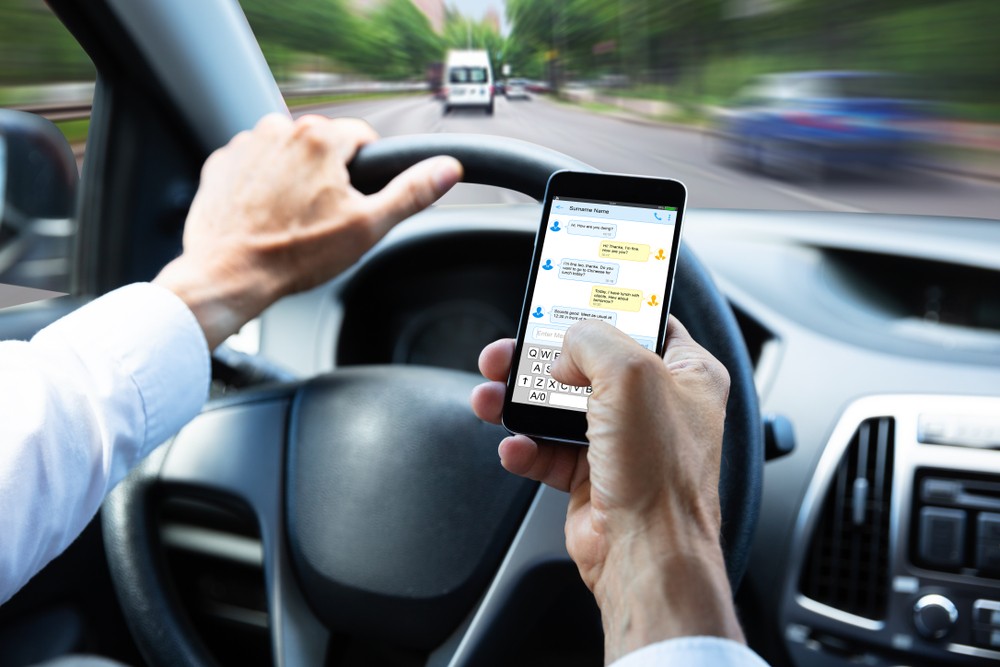 What is Being Done to Address Distracted Driving in Ontario?

Personal injury lawyers, especially those that represent car accident victims, are always attuned to risk factors that cause serious injuries and fatalities on Canadian roads. In the past 10-15 years, distracted driving has become a growing point of focus.

Even though distraction has always been a road safety concern – before cellphones, drivers could be distracted by analog factors like passenger behaviour or trying to read a map – in the past decade it has become one of the ‘Big Four’ risk factors on Ontario’s roads, alongside drug and alcohol impairment, speeding, and reckless or aggressive driving. According to a Traffic Injury Research Foundation report from 2019, distracted driving fatalities have actually surpassed impaired driving fatalities in parts of the country. And, according to the Canada Safety Council, ‘distraction was a contributing factor in 21% of collisions resulting in death and 27% of collisions resulting in serious injury’ in 2016.

That’s because it has never been easier to become distracted behind the wheel. Our vehicles have become tech-filled playgrounds equipped with sophisticated alarms and monitors, entertainment consoles, climate controls, and navigation systems. As auto manufacturers are unlikely to reduce the number of features and gadgets in their vehicles, and as drivers can’t be trusted to leave their phones in the backseat or the glove box, safety experts, including personal injury lawyers, are looking for different methods of reducing distracted driving.

One of those methods has been to implement tough distracted driving penalties. Ontario doesn’t have the best record when it comes to establishing effective road safety measures, but its rules on distracted driving are among the strictest in the country.

In addition to boasting Canada’s harshest distracted driving penalties, Ontario’s police force, the OPP, performs week-long crack downs, generally around return-to-school dates in January, September, and after the spring break. The province also invests in public education campaigns, including a highly-publicized TV and streaming commercial aimed at young drivers, who are far more likely to drive while distracted

The one-minute video, launched in 2016, showed a young driver checking his cell phone while in an intersection. His car is struck by an oncoming vehicle, and the viewer is then transported to a hospital room where he is confined to a wheelchair.

“It is important to spread the message that using your phone while driving is not OK, and investing in powerful ads and a strong marketing campaign will help us do that,” said Bob Nichols, senior media officer for the Ministry of Transportation, to the CBC when the ad was released.

“It sends a profound message that when you’re in a vehicle, just put the phone away, put the handheld device away and just focus on the task at hand,” added then-Minister of Transportation, Steven Del Duca.

At Will Davidson LLP, our team of personal injury lawyers has decades of experience helping seriously injured car accident victims access compensation for the damages they have incurred. During that time, we have come to understand the life-changing consequences that can accompany a devastating motor vehicle accident. As such, we are vocal supporters of any measure to reduce the number of injuries and fatalities on Ontario roads, including programs to limit distracted driving.

If you or a member of your family has been hurt in an accident, contact us today to learn how we can help.