Overseas adventure gone bad: Do you have legal recourse?

Having an accident overseas in a foreign jurisdiction can happen.

Resort trips down south can be full of fun and adventure, however accidents can happen that cause injuries anywhere, including on your 5 star resorts in the middle of Cuba or Mexico (for example).  If you get injured overseas, will a Canadian province have jurisdiction to enable you to commence an action against the foreign defendant where the accident occurred? What are your options to commence an action against those that have caused or contributed to your injury overseas in another jurisdiction? Unfortunately, due to a new case, it is harder for Canadians injured while traveling to get compensation for those injuries. 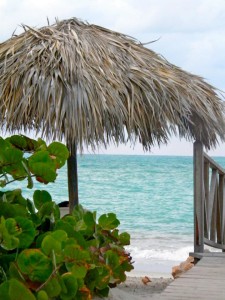 (d)         a contract connected with the dispute was made in the province.

Even more recently, in the case of Haufler v. Hotel Riu Palace Cabo San Lucas, a young women was injured while on an ATV excursion in Mexico. The Ontario Superior Court of Justice decided Ontario did not have jurisdiction to bring an action against the Riu resort and the ATV company involved, as the foreign defendants did not fit within any of the above connecting factors. The parties all admitted that the only factor to be argued was whether or not the defendant(s) carries on business in Ontario, and thus allow Ontario jurisdiction over the case against the foreign defendant(s). Despite this, the court found that despite the defendant(s) carrying on a considerable amount of business with Ontarians, that did not mean that the defendant(s) actually carries on business in Ontario.

Do not cease to take part in adventures while in a foreign jurisdiction, but when you are snorkeling with the dolphins, hiking a mountain, riding an ATV or even lounging on a beach chair, realize that legal action from Canada may not be a possibility for you. Do not count on being able to bring a law suit against a foreign defendant, without understanding the factors that will allow Ontario jurisdiction over the defendant. Always have travel insurance and ensure that you are careful. Most of the time your travels will be injury free, but if an accident does occur in a foreign jurisdiction, it may not be as easy to bring a lawsuit against a foreign defendant as it once was. Despite this, it is important to remember that the four factors allow for some cases to be brought forward and Ontario will sometimes assume jurisdiction over a foreign defendant. If you have questions about what your options are due to a personal injury that has befallen you in Canada or afar, do not hesitate to contact our personal injury law firm about your legal rights.