How is your loss of income determined if you cannot work because of your injuries?

If you are injured by the carelessness or negligence of another person you have a civil right to claim damages. There are various types of damages (or compensation) that you can claim, one of which being the loss of income – either past, future or both.  You might ask the question how is this determined or played out? How will all this be figured out and calculated? 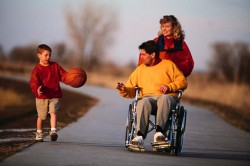 The first thing that you must understand is that there are several types of law that lawyers practice.  Some practice criminal, some practice administrative and some practice civil law.  Litigation falls into civil law and personal injury falls into litigation.  Within the context of civil law you must be able to prove, in most circumstances, that you have been wronged.  You do this by proving this on a balance of probabilities (ie. 51%.) It is quite divergent from the term “beyond a reasonable doubt”, which is how criminal law is proved.

Within the context of litigation, or civil law where one must prove his or her case on a balance pf probabilities, There are certain exceptions to this and one is future income loss.

If you have suffered a loss of income because someone else has caused you injuries please fill out the contact form and a lawyer will get back to you within a few hours to discuss your situation.

Future income loss is not to be proved on a balance of probabilities but rather the plaintiff must establish that there is a “real and substantial risk” of future losses.  This threshold was set out in a case over 15 years ago which told us that a plaintiff only need to establish that there must be “reasonable chance” that a future loss will occur. In essence, there must be a real and substantial “possibility” that this will occur.

There is a semantic distinction between the words “probabilities” and “possibilities” but this is not so decisive.  A jury must conclude that, at the time of a case, there was a “real and substantial possibility of risk” that some event in the future would cause a loss of income- i.e. your bad injuries.  Doctors that are not sure that injuries will cause a loss or interruption of earnings will always seem to say that “anything is possible in the future” but unfortunately this will not meet an injured person’s burden.  The case of Greenhalgh v. Duoro-Drummer (Township) told us that what quantifies as real and substantial has not been substantially discussed.  This tells us that the issue will be determined on a case by case basis.

How do we put this in perspective?

In the case of Pearsell v. Welsh and Irvine the Court looked at this exact issue.  The plaintiff in the case broke her ankle quite badly.  She continued to complain of consistent and persistent pain symptoms with extended hours on her feet.  The plaintiff worked in the service industry as a cook.  An orthopedic surgeon gave an opinion in that case and that opinion was that because of her ankle injury, the plaintiff had at least a 20% chance of developing arthritis.  Another doctor that was hired by the insurance company, gave evidence that the plaintiff had less than a 20% chance of developing arthritis in the future.

The Judge ruled that a 20% risk or anything approaching a 20% risk on the facts of that case is a real and substantial risk of arthritis interrupting income earning potential.  The risk was not speculative or trifling.  It is important to note that as in injured plaintiff you must demonstrate the real and substantial risk by leading medical evidence on how your injuries will impact your working life and the ability to earn income.  In this case, the orthopedic surgeon, Dr. Zarnet, testified that because of her injury and the possibility of arthritis, the plaintiff’s working life would be shortened.  It was found that the plaintiff had met her burden on establishing a real and substantial possibility of future income loss.  The evidence was not closed to de minimis (not trifling) because of the medical evidence adduced, the risk was not speculative. It was simply “possible” that, based on the medical evidence that was lead, that there was a 20% chance of a real and substantial risk that her arthritis would case an interruption of her income earning potential.

If you have been injured by someone else’s carelessness or negligence and you believe that you will have a shortened working life, possible early retirement, economic losses, you will be competitively disadvantaged in the labour force or you have any type of injury which would affect your ability to earn income, then you must lead proper medical evidence on how your injuries will impact your ability to earn an income.  Claiming loss of income, both past and future, is a right that you have, always, as an injured victim.