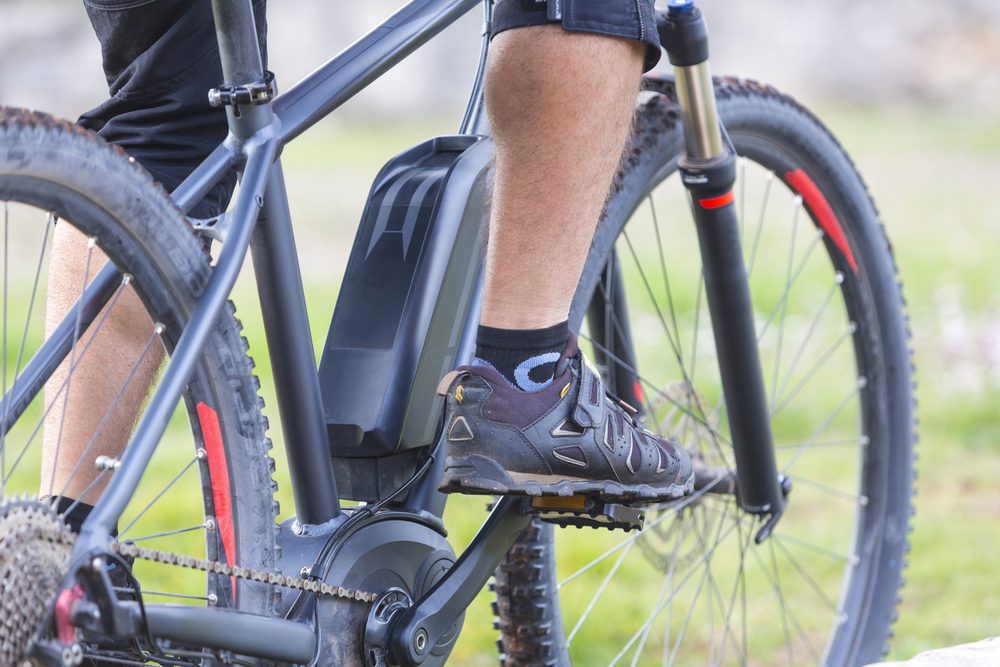 More Ontarians than Ever are Using E-Bikes – But are they Safe?

The COVID-19 pandemic has forced people to reassess how they get from point A to point B. For many, public transit is no longer a viable option; the health risks are simply too great. Those without private transportation are left with limited choices. Bicycle usage has surged – and so has the popularity of electric bicycles. Unfortunately, as some personal injury lawyers have come to understand, e-bikes present their own safety and legal challenges.

Electric bicycles, or e-bikes, are bicycles with integrated electric motors that assist propulsion. There are several kinds of e-bikes. Some look very much like traditional bicycles but have small motors that supplement the rider’s pedalling power. These are sometimes referred to as pedelecs. Others more closely resemble mopeds and have ‘power-on-demand’ motors activated by a throttle.

All e-bikes are powered by rechargeable batteries. Their maximum speeds generally range from 25 to 45 km/h.

Are E-Bikes Legal in Ontario?

E-bikes that travel up to 32 km/h are legal in Ontario, and have long been promoted by mobility advocates.

“Crucially, it allows people to go further, easier, and expands their access to things in an efficient way, especially within a suburban area, where things are more spread out,” said Darnel Harris, an urban planner and executive director of Our Greenway, to the CBC in June.

“E-bikes have been around for a while now, but especially with the pandemic people are looking for new ways to get around,” Cycle Toronto’s Michael Longfield told CTV News Toronto.

This summer, with the launch of Bike Share Toronto’s e-bike pilot program, the City of Toronto officially confirmed that e-bikes have a place on the city’s streets.

“Today we are … officially launching [Bike Share Toronto’s] e-bike pilot program,” announced Mayor John Tory in a tweet on August 19. “The pedal-assist electric bikes will reach a maximum speed of 25 kilometers per hour and can travel up to 70 kilometers without requiring a charge.”

Toronto’s acceptance of e-bikes is part of a larger, international trend. E-bike have sales doubled in the city during the pandemic.  They also increased 85 per cent in the United States in March, according to the New York Times. In the Netherlands, approximately 40 per cent of all bicycles sold in 2019 were electric. In China, e-bikes have steadily replaced motorcycles and mopeds for more than a decade.

But are they safe? That’s the question plaguing road safety advocates and personal injury lawyers amid the sudden upturn in e-bike usage. Our Greenway’s Darnel Harris told the CBC that federal safety standards around the vehicles are too lax.

Safety experts are particularly concerned about their appropriateness for novice bike riders. Should an untrained 16-year-old be permitted to operate a motorized vehicle that travels as quickly as a slow-moving car?

And then there’s the question of insurance. E-bikes, particularly the heavier, power-on-demand models that can exceed maximum permitted speeds, have the potential to do damage in collisions with pedestrians and other cyclists. According to CTV News’s report, collisions are already increasing. Without e-bike insurance, injury victims may not be able to access benefits.

“There could really be a case where a person who is hit by an e-bike cannot be properly compensated or the person on the e-bike themselves could suffer very bad injuries and not be able to work or receive compensation for their injuries,” one personal injury lawyer told CTV.

In order to reduce the likelihood of this occurrence, stakeholders including personal injury lawyers are calling for more comprehensive and better-defined regulations. E-bike operators should know what class of vehicle they are riding, what rules pertain specifically to that class, and whether insurance is required.

“When people are unclear … about the law and how it applies, then of course they run the risk of offending the law,” Vancouver lawyer David Hay, who specializes in bicycle accident cases, told the CBC. “Whenever you get any kind of technological innovation, the law struggles to keep up.”

I’ve Been Injured in an E-Bike Accident – Now What?

If you’ve been injured in an accident involving an e-bike, contact Will Davidson LLP as soon as possible to schedule a free, no-obligation consultation. Our team of personal injury lawyers has been helping seriously injured Ontarians access compensation for their injuries for decades. Reach out today to learn more about our services and experience.

Why Will Davidson LLP?

Will Davidson LLP has broad experience representing both plaintiffs and insurers in personal injury and accident lawsuit. This expertise gives us unique insights into both sides of these sometimes contentious and emotional disputes.

Our team also works on a contingency basis, which means you will not be asked to pay up-front legal fees for our services. Instead, our team will accept a pre-decided percentage of the final settlement as payment. This arrangement allows us to offer access to justice to all Ontarians.