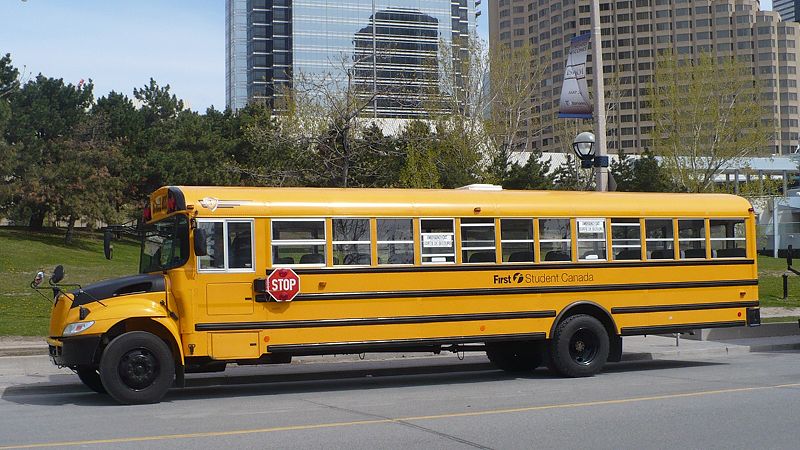 Should seatbelts be mandatory on school buses?

In January, federal Transport Minister Marc Garneau announced the formation of a task force to investigate the possibility of installing seatbelts on Canadian school buses. The announcement, which was cheered by safety advocates and car accident lawyers, marks a reversal of the government’s longstanding assertion that seatbelts in school buses make children less safe.

“We’re ready for this and we’re going to act as quickly as possible,” Garneau told Radio-Canada last month.

No seatbelts on school buses

The government’s anti-seatbelt policy was informed by a 1984 Transport Canada study that said seatbelts on school buses did not prevent – and may in fact cause – injuries to school children. The study was extremely influential. Its findings dictated seatbelt policies across Canada and the United States.

Why the sudden change?

More recent research produced dramatically different conclusions than the 1984 study. Today, safety experts, academics, American governmental bodies, car accident lawyers, and scientists are united in their belief that seatbelts in school buses save lives. National Safety Councils on both sides of the border have dismissed Transport Canada’s antiquated findings, as has the United States’ National Transportation Safety Board. In a 2015 speech, then-head of the US Highway Traffic Safety Administration Mark Rosekind said: “There is no question that seatbelts offer improved safety. Seatbelts [in school buses] will save the lives of children who we might otherwise lose in crashes.”

Yet it took an investigation from CBC News’s The Fifth Estate, published in October, to convince Transport Canada to change course. The investigation found that “thousands of injuries and numerous child deaths could have been prevented across Canada and in the United States in the past three decades had school buses been equipped with seatbelts.”

In December, for the first time, the ministry affirmed on its website that seatbelts “offer added protection for school-age children” when worn properly.

The federal government can mandate that new school buses come with seatbelts, but it must work with the provinces to retrofit older buses. That’s where the task force comes in: Garneau intends to collaborate with provincial counterparts to organize and pay for upgrades.

“There are school boards that have to invest in the additional resources, so these are all things that are being looked at at the moment with the provinces,” he said.

In November, Ontario Premier Kathleen Wynne called for mandatory school bus seatbelts in her province, and transportation ministers in Alberta and British Columbia echoed her call last month. There is optimism among safety advocates that positive change is on the way.

“I would like them to make it a priority,” said Petra McGowan, founder of Manitoba Parents for Mandatory Seatbelts, per the CBC. “It should be thoroughly uncontroversial…. There is no question that seatbelts offer improved safety.”

If you or a member of your family has been injured in an automotive accident, contact Will Davidson LLP today to learn how our experienced team of car accident lawyers can help.