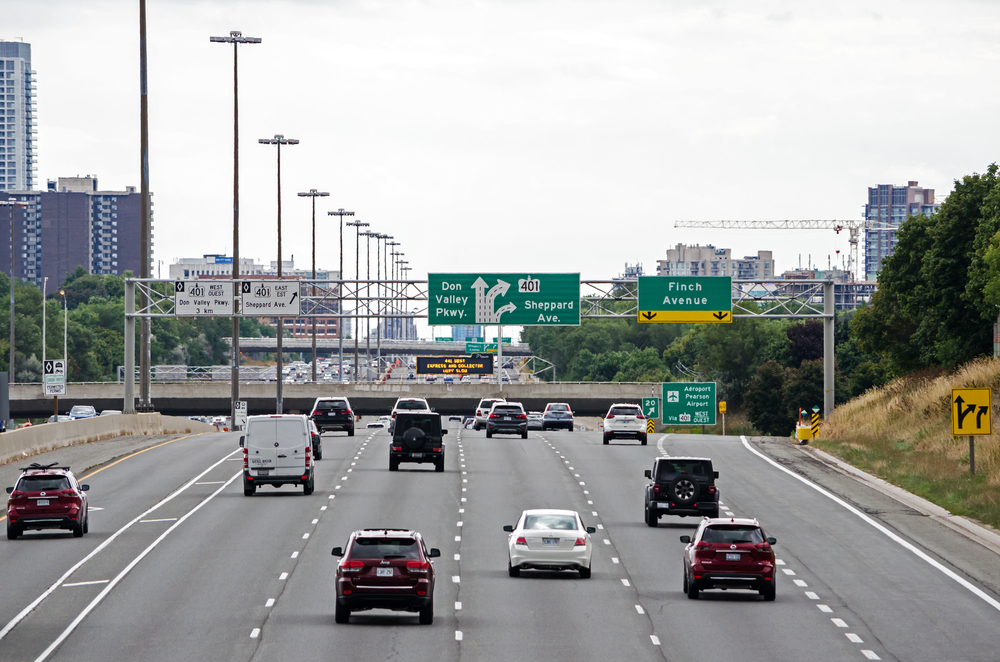 On July 1, the Province of Ontario rolled out the first stage of a sweeping, multifaceted road safety plan called the Moving Ontarians More Safely (MOMS) Act. The legislation, originally introduced at Queen’s Park on April 26 and passed in late May, targets several high-profile areas of road safety concern. It has received approval from multiple safety advocacy organizations, including personal injury and car accident lawyers, although some groups say it doesn’t go far enough to protect road users.

The legislation’s primary focus is aggressive driving behaviours like stunt driving and street racing. However, there are also measures in place to protect transit riders, cyclists and e-bike riders, and road workers, as well as new truck safety standards and new regulations for the province’s towing industry.

“Both as Minister of Transportation and a parent to driving-aged teens, I am extremely concerned by the rising numbers of young drivers in Ontario caught stunt driving, street racing and driving aggressively,” said Minister of Transportation Caroline Mulroney in a provincial release. “By increasing driver’s licence suspensions and vehicle impoundment periods, the MOMS Act sends a clear message to drivers – driving is a privilege and those who threaten the safety of others have no place on our roads.”

Car accident lawyers will surely agree with the Minister that new rules for aggressive drivers are necessary. While collisions fell last year during the first and second waves of the COVID-19 pandemic in Ontario, the fatality rate increased, due in part to dangerous driving on empty roads. The new act will impose the following measures:

For transit users, the legislation introduces a new enforcement framework that will allow automated cameras to be installed on streetcars. The goal is capture photo evidence of drivers passing on the right – which is illegal – or on the left while the doors are open to pick up or drop off passengers.

It will also change the way ‘dooring’ incidents – when a parked driver opens their door and strikes a cyclist – are tracked. Under the new rules, individuals involved in dooring accidents are required to submit a police report; if charges are appropriate, they will also have to be filed.

For motorcycle and e-bike users, there will be a new definition of “power-assisted bicycles” under the Highway Traffic Act and new standards for three varieties of e-bikes: bicycle-style, mopeds, and motorcycle-style.

The MOMS Act’s remaining points of focus are road workers, the trucking industry, and the towing industry.

The Act will give Ministry of Transportation enforcement officers the power to close a road in emergencies. It will also permit the use of “Automated Flagger Assistance Devices” to reduce the need for road workers to direct traffic. Finally, it will allow highway construction vehicles to back up on divided highways when the action can be taken safely.

The trucking industry will be under new standards when the MOMS Act is fully implemented. New tools will be introduced to prevent drivers from breaking hours-of-service rules, and there will also be clearer dimensional limits for trailers.

The towing industry will soon be regulated by the Towing and Storage Safety and Enforcement Act, which will require tow operators, two truck drivers, and vehicle storage operators to be certified and meet certain requirements and standards. The new act will set customer protection and roadside behaviour standards, establish non-compliance penalties, and establish a Director of Towing and Vehicle and Storage Standards to provide oversight.

While road safety legislation always leaves room for improvement, many of the new rules introduced in the MOMS Act have the potential to improve safety and reduce injuries and fatalities on Ontario’s roads. It will be interesting to see whether accident and fatality rates fall in the coming months as some of these changes take effect.

If you or someone you know has been injured in a motor vehicle accident, contact the car accident lawyers at Will Davidson LLP today to schedule a free, no-obligation consultation. Our team will be happy to review your claim, explain your legal options, and provide the representation and support you need on your road to recovery.