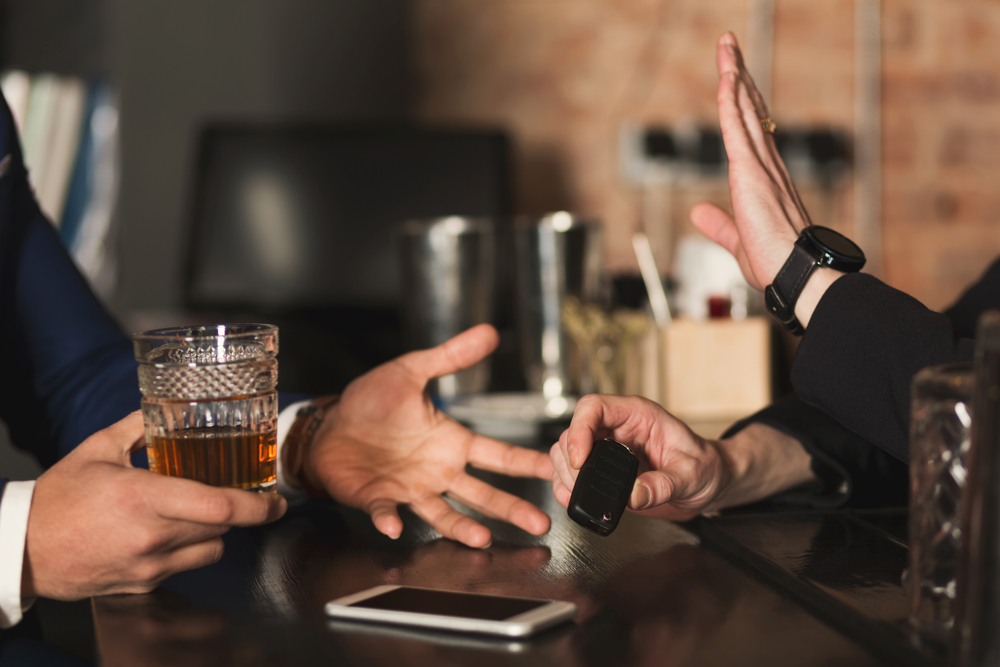 Drunk driving rates have plummeted for decades in Canada, but impairment continues to be a major risk factor on our roads, as car accident lawyers know. Considering the time, money, and effort stakeholders have put into anti-drunk driving campaigns, when impaired driving accidents dooccur there tends to be significant public outcry. Community members want to know who is responsible.

The question of responsibility for drunk driving accidents doesn’t always come with easy answers. Yes, the individual who chose to get behind the wheel bears significant liability – but did they act alone? Were they overserved at a friend or relative’s house? Did they visit a bar or restaurant before driving? What happens if the driver is under the legal drinking age?

Some of these questions were asked following a single-vehicle impaired driving accident in 2017 near Ottawa that left two teenagers dead and another two seriously injured. All four had been drinking at Shooters’ Bar and Grill in Calabogie, Ontario, before the crash.

According to legal experts who spoke to Canadian Underwriterin 2019, criminal charges against bartenders related to drunk driving accidents are notoriously hard to prove.

Another criminal lawyer told the publication that prosecutors would have to prove that there was a “marked and substantial” departure from the standard of care that servers owe patrons.

‘Prosecutors would have to show a bartender knew the person they were serving was clearly underage, and knew the person was driving home and was impaired to such a degree that it would be a danger to them and to others,’ Canadian Underwriter reported. ‘The Crown would also have to show a direct link between the alcohol served to the person and the injuries caused.’

Sure enough, Crown attorney Jefferson Richardson announced last month that charges against Senack would be stayed after cell phone records showed that the driver of the vehicle was using his phone at the time of the accident. Instead of facing jailtime, the server agreed to a 10-year peace bond and will pay $10,000 and perform 300 hours of community work, according to CBC News Ottawa.

However, the CBC also reported that several civil cases against Senack are pending – and the threshold for proving civil negligence is much lower than in criminal cases.

In order to establish negligence in a civil case, plaintiff-side lawyers most only prove that it is more likely than not that the bartender breached their standard of care.

“Those two things – one being the higher standard for criminal negligence, and the higher burden of proof in a criminal case – means that the viability of this type of prosecution is often minimal, which is why most of these cases are dealt with in the civil courts,” the criminal defence lawyer told Canadian Underwriter.

How Can Will Davidson’s Car Accident Lawyers Help?

In Ontario, there are several ways to pursue compensation for car accident injuries. The first and simplest is via accident benefits through your insurance provider. When a driver is involved in an accident in our province, their auto insurance entitles them to predetermined benefits based on the severity of their injuries. These benefits are often sufficient to cover any expenses and damages that arise from your accident.

In some cases, though, accident benefits may not be enough to address the serious injuries you have sustained. If you were not at-fault for your accident, or if liability can reasonably be shared by another party, you may be able to pursue a civil claim for damages with the help of our car accident lawyers. Impaired driving injuries precipitated by negligent bar or restaurant service is an example of a situation where a civil claim might be appropriate.

If you or a member of your family have been involved in a motor vehicle accident involving an at-fault party, consider contacting Will Davidson LLP today to schedule a free, no-obligation consultation with our team of car accident lawyers. We will be happy to assess your claim and explain your legal options.